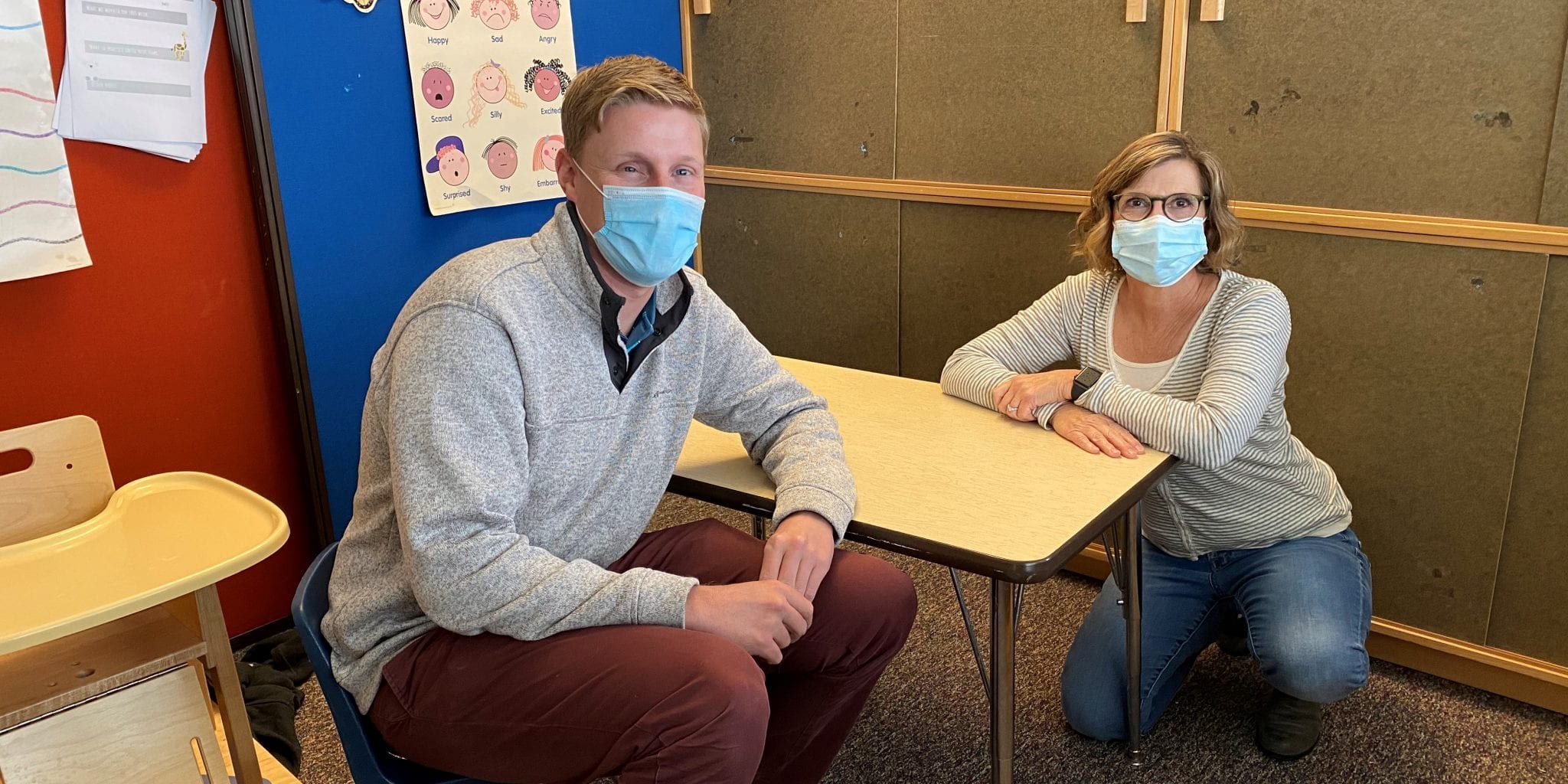 Ann Pirttima recalls watching the local news a few years back and marveling at the reporter on her screen. She recognized the name for sure. And the big bright smile. But could that really be the boy she provided speech therapy to over three decades ago?

Turns out the grown-up reporter speaking so eloquently, was indeed Alex Lefriec, the little boy she had cared for at Joya, so many years ago.

“He was a happy, cute and bright little blonde who was behind in his speech, language, gross and fine motor skills,” said Pirttima. “He received individual speech, OT and PT until he was old enough to go into a group.”

Pirttima was at the beginning of her career as a Speech Language Pathologist and got to work with little Alex until he turned three, and aged out of the program, having reached his age appropriate milestones.  “I just remember that he had a big personality and he was so fun to work with,” said Pirttima. “Especially once he started talking!”

Thirty-three years later Alex LeFriec has returned to Joya and is using that big personality and voice to give back to the non-profit that gave him so much. “Once I got married and settled down, I was looking for a volunteer opportunity,” said Lefriec. “Joya has always been close to my heart, so they were the first organization I reached out to.”

Lefriec returned to Joya first as a Foundation Board trustee in 2017, then in 2019, stepped up to take on the role of Chair of Joya’s first-ever capital campaign. It was a long journey from his first visit to Joya as a toddler back in 1987.  He came as an 18-month old who has lost an eye due to a congenital cataract. His poor vision early on had caused developmental delays and there was concern young Alex would not be able to do things many toddlers take for granted. Pirttima credits Alex’s parents for taking action. “His parents did a great job getting him into therapy early and with getting him in consistently and following through with therapist’s recommendations.”

For Lefriec, knowing that one of the key people in his early development is still working at Joya, has just been an added benefit to reconnecting with the organization.  “It has been incredibly cool,” said Lefriec on getting to see Pirttima again. “The enthusiasm and passion she still has for Joya is infectious. Helping children with special needs is clearly her calling and the fact that she is still changing lives all these years later is a testament to both Ann and Joya.”

Pirttima feels fortunate to have been able to help Alex lay the foundation for his future, and to watch him come full circle.  “I am so happy to hear about what a great life he has,” says Pirttima. “We all long to see the kids we’ve worked with and hear how they’re doing as they grow up. I’m so touched and proud that Alex grew up to be such a successful and wonderful person who wants to give back by volunteering with us.”